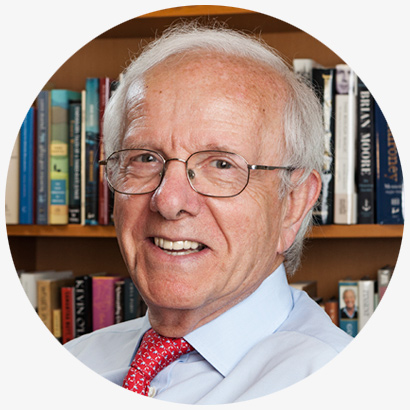 It’s rare to find someone in life who believes in you even more than you believe in yourself. I was so fortunate to find that in my agent Michael Levine. He has been a champion, a friend and an outstanding agent. As part of Westwood Creative Artists I have the opportunity to work with amazing writers and creative minds, they have contributed to my own growth as a writer and have encouraged me to explore my creativity.

As with much that is good in life, my career as a literary agent began accidentally. In the late 1970s, a mutual friend introduced me to Peter C. Newman, then Canada’s bestselling non-fiction author. It was intended I should be his lawyer and hire a literary agent to negotiate rights to his magnum opus on the history of the Hudson’s Bay Company. Shall we say discreetly that the agent was not up to snuff so Peter and I mutually decided that I would take a crack at selling the book. It worked out rather well and 35 years later, we licensed the trilogy to provide the factual basis for the first ever Bell/Netflix series entitled “Frontier”, starring Jason Mamoa. Patience is a virtue.

I first started accumulating literary clients within my law practice; later, Bruce Westwood seduced me to become Chairman of Westwood Creative Artists and to focus not only on book deals for my literary clients but also on the sale of rights for TV, film and other media for all clients of the agency. In addition, I have had the privilege of Executive Producing a large number of documentary and drama projects. Unlike many agents, my background was not purely literary but rather focused on all aspects of intellectual property including theatre, TV, film, digital, radio, podcasts and even ballet.

Retirement is for wimps

I am here until, like Rasputin, I am felled by numerous weapons.

My passions, taste and expertise

are largely focused on non-fiction including history, politics, ideas books, memoirs. I have also been privileged to do work in the fiction area with such authors as the late Mordecai Richler.

I was catapulted into the literary world right from the tour bus of the music business and needed someone to hold my hand when I hit the ground running. So grateful to all hands at Westwood for shining the light for me.