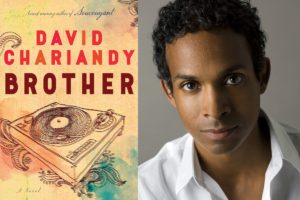 We are thrilled for David Chariandy whose novel Brother won the 2018 Ethel Wilson Fiction Prize.

Chariandy grew up in Toronto and lives and teaches in Vancouver.  His debut novel, Soucouyant, received stunning reviews and nominations from eleven literary awards juries, including a Governor General’s Literary Award shortlisting, a Gold Independent Publisher Award for Best Novel, and the Scotiabank Giller Prize longlist. Brother is his second novel.