Kim Fu’s debut novel, For Today I Am a Boy, is a finalists for the 2015 PEN/Hemingway Award for Debut Fiction. The award citation reads: “An unflinching observer of personal history, family history and beyond, Kim Fu writes with a pen as sharp and precise as a lancet. For Today I Am a Boy is a novel about gender, race, immigrant life, but it does not let itself be pigeon-holed, just as its protagonist refuses to be defined. A fiercely beautiful novel, the book is the perfect testimony to the fact that no one knows the last word about any human heart.” 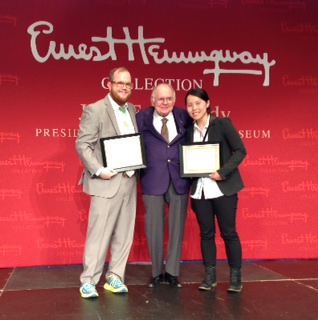 For Today I Am a Boy is also the winner of the Edmund White Award for Debut Fiction and shortlisted for the upcoming Lambda Literary Awards. The novel’s long list of accolades includes being chosen for McMaster University’s 2015 Common Reading Program and the Barnes & Noble ‘Discover Great New Writers’ program, being shortlisted for the Canadian Authors Association Emerging Writer Award, longlisted for the Flaherty-Dunnan First Novel Prize and for Canada Reads 2015, and being named a New York Times Editor’s Choice. For Today I Am a Boy is published in Australia by Random House, in Canada by HarperCollins, and in the US by Houghton Mifflin Harcourt.