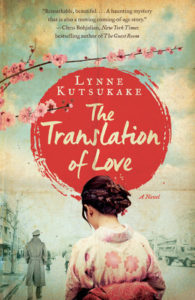 We are thrilled for Lynne Kutsukake whose The Translation of Love won the Canada Council’s 2016 Canada-Japan Literary Award. In her debut novel Kutsukake tells the story of Aya Shimamura, a newly repatriated girl, as she helps a classmate find her missing sister in war-devastated Tokyo.

The Canada-Japan Literary Awards recognize literary excellence by Canadian writers and translators who write, or translate from Japanese into English or French, a work on Japan, on Japanese themes or on themes that promote mutual understanding between Japan and Canada.